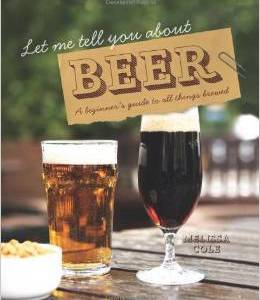 Technically, Melissa Cole‘s book Let Me Tell You About Beer isn’t a new book for me, but I was (a) doing research for my beer tasting and (b) it was at a bargainous price on Amazon, handy for studying it on the move.

I’d really highly recommend it to those who are curious about finding out more about beer, and want something that’s easy to understand and not condescending. 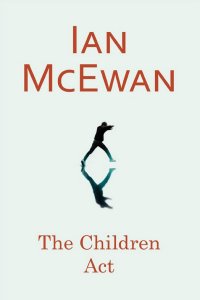 I love the law, not enough to have completed my half-hearted attempt at a graduate law degree before running off/away to live in another country, mind you, but I sometimes dip into a really interesting court case and admire the way the facts and the legal and moral arguments are picked apart in court, and put back together again in the findings of a judge.

I think that’s what I admired most about The Children’s Act by Ian McEwan, more than the tale of the marriage of High Court Judge Fiona Maye, and her husband Jack, which is fraying at the edges thanks to Jack’s desire to have one last grand affair.  Their relationship is almost an aside to the excellent way McEwan tells the fascinating tale of a court case involving a 17 year old boy with cancer who is refusing a blood transfusion on the basis that he is a Jehovah’s Witness.  The scenes set in Fiona’s chambers and in the court all make sense, but when she decides to visit the boy in hospital before making a judgement on whether the boy can or can’t consent to refusing treatment doesn’t work as well.

However, even when McEwan isn’t at his best, he’s still many, many miles ahead of many other authors of his ilk, and now I am going to go back and read On Chesil Beach. 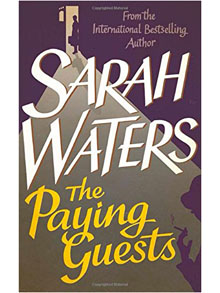 The thing with Kindles is that it’s sometimes hard to judge how far you are into a book, thinking you are almost finished only to find out there’s another 200 pages to be explored.  I had this experience with The Paying Guests, and I am still undecided as to whether in this it was a good surprise.

This was almost two novels: a love and a crime story, with the division taking place halfway through thanks to a grisly murder and its cover up. I adored the first half, but I am just not sure about the second half until the final pages tied it all back together again with a clumsy attempt at a bow-tie.

I am going to go back and re-read The Night Watch to make myself fall in love with Waters again.

I need to write a proper review of the Miniaturist by Jessie Burton but in the meantime, this one from the Guardian pretty much sums up my feelings.

The photo is from Amsterdam’s Rijkmuseum where there was quite a long queue to get a close up look of the doll’s house that inspired this book. 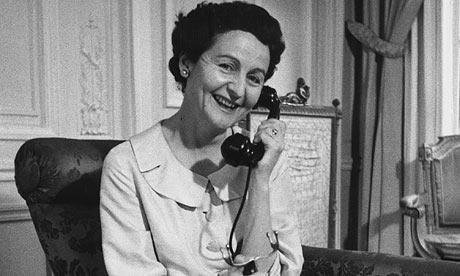 “My dear Lady Kroesig, I have only read one book in my life, and that is ‘White Fang.’ It’s so frightfully good I’ve never bothered to read another.”

I’ve read several books about the Mitfords, but to my shame had never read anything by any of them, so back at the start of the year when a friend pointed out a good deal on Nancy Mitford’s collected works I snapped them up and have been immersed in them ever since, having so far finished the first (Highland Fling) and the best known (The Pursuit of Love).

I think what I loved most about this book the way the narrator, Fanny, describes the characters around her with such dry wit but also with detachment.  A friend of mine once described Nancy Mitford as “posh and prototype chick-lit” but she’s just too sharp to be dismissed in that way, almost all of her words reaching their intended targets.  Next: Jessica Mitford, I think…

I should, on paper, really dislike Wilbur Smith. He is most definitely not PC. But I’ve been reading his novels since I was about nine or ten, probably firstly in the condensed versions put out by Reader’s Digest to be found on my grandparent’s bookshelves. I think the Digest, er, digested their novels by removing anything remotely sexy or saucy or too violent, which is why I was allowed to read them. Thanks to that series I developed a guilty taste for Ken Follett and Smith. I didn’t learn about the birds and bees from them though, unlike Boris Johnson, who surreptitiously read them at Eton.  I’ll leave that one there.

Desert God isn’t that sexist by Smith standards, I say to myself, in an attempt to feel a bit better about reading it. The female characters are strongly written and not just there as some sort of very-retro-sexual arm-candy. even if their plots are driven by their romantic interests in the male characters. Of most interest to me, as with Exodus, was his description of life in Ancient Egypt. Stephen King is quoted as claiming Smith to be the best historical novelist.  This is hyperbole, but as with Follett, Smith doesn’t skimp on the research and his descriptions of historical sites are rich and interesting.

I still feel grubby though, so I am going off to read some Herodotus on Egypt to make myself feel better.